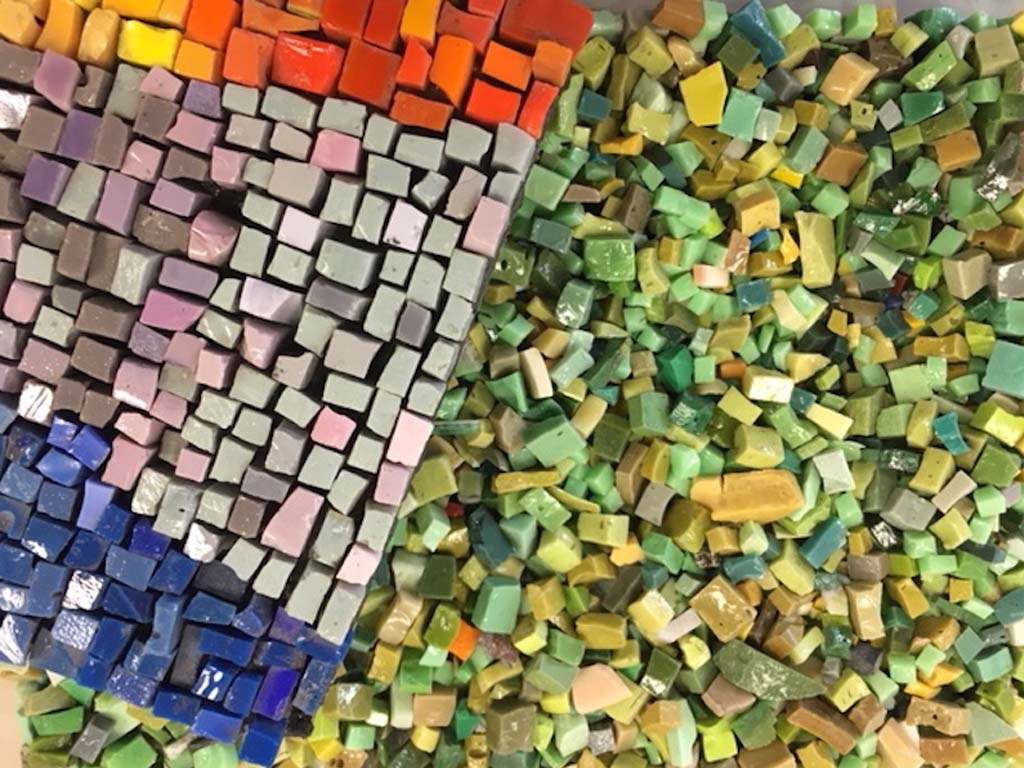 This workshop explores the rich, colorful, traditional material called smalti, a Byzantine glass that has been made in Europe for centuries. Students are introduced to tools like the hammer & hardie, as well as thinset, color, and the use of light and texture in mosaics.

Etty Hasak was born in Tel Aviv, Israel, Etty completed her army service in the Israeli Defense Force and shortly after enrolled in the College of the Arts in Ramat Hasharon, Israel, graduating in 1986. Following graduation, Etty went on to manage an Art gallery for two years while also working in picture framing. In 1989 Etty moved with her family to Los Angeles where she worked and then managed a frame store that specialized in high end custom made gold leafed frames. She continued to build her career in picture framing here in Chicago and opened a framing/ art studio business in Israel in 1995. It was in 1998 when she took her first clay class, which would become a huge part of her artist practice.

Etty was first introduced to mosaic arts in 2006. Falling in love with this medium, her work evolved as she gained more knowledge and experience merging ceramics and mosaic studies– resulting in numerous commissioned works throughout Chicago. Since finding the Chicago Mosaic School, Etty has participated in numerous shows and exhibitions in GOCM, the Museum of Biblical Art in Dallas, San Francisco, and most recently, the Society of American Mosaic Artists (SAMA).