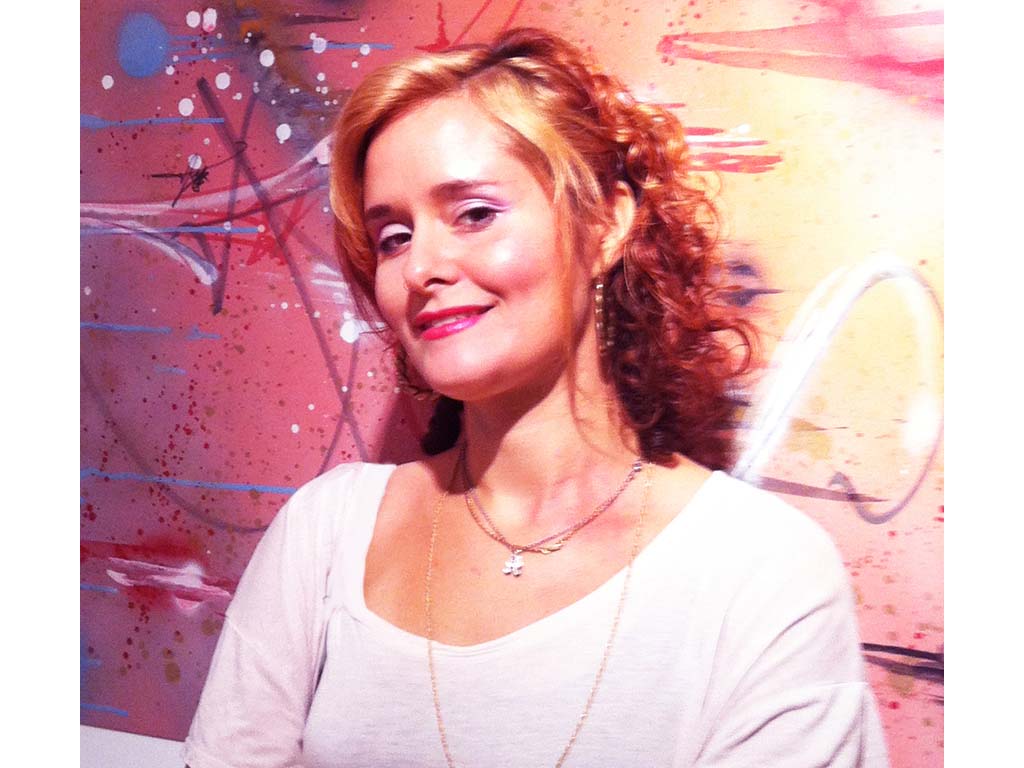 Artist talk via Facebook LIVE:
View Facebook LIVE
Andrea will share an insider’s view of her process and show her works in progress. Andrea’s work includes colorful, geometric and whimsical sculptures that are fabricated from wood, cardboard, wire, clay and acrylic plastic.  Many of Andrea’s pieces are interactive, such as, benches, arches and 3-dimensional words.  As an artist who works in the public realm as a muralist, she has created over 100 murals and installations that can be seen in many parts of the country including, Rikers Island in Queens and busy transportation hubs such at the 900-foot long tunnel at the 190th St. subway station in upper Manhattan.

Andrea will be expanding her visual vocabulary of complex patterns and typography, and also creating new three-dimensional versions of her two-dimensional explorations of composition and form. While much of her work will be prepared before arriving at Bethany, she will use her time here to explore weather-proof materials and experiment with installations.

About the Artist
Andrea von Bujdoss (AKA “Queen Andrea”) is a NYC-based fine artist, graffiti artist, typographer and graphic designer. A die-hard native New Yorker raised in downtown Manhattan, Andrea has been deeply inspired by the urban landscape from an early age. Her style is consistently marked by a bold use of color, design and advanced typography. As a young teen part of a newer generation of early 1990’s graffiti writers, she befriended some of the most prolific old school subway graffiti writers and diligently taught herself the complicated artform of graffiti by consistently practicing her letters and eventually developing her own unique style. She earned a BFA in Graphic Design and began a successful career, working for worldwide brands who appreciate her versatile and passionate knowledge of typography, branding and visual communication. Her work has directly impacted graffiti, streetwear and urban culture. Andrea has spent nearly 20 years perfecting her graffiti and typography skillsets and she is now an internationally notable female graffiti artist and muralist.

The excitement, color, diversity and crazy energy of city life, and especially graffiti, is where Andrea finds her creative inspiration. Renegade cutting-edge artforms, brash sub-cultures and lifestyles that have sprang forth from an ever-changing urban metropolis give her the visual stimulus, the guts, and the urge to create and innovate. Her artistic style is influenced by an endless appreciation of typography, as well as themes of urban life, song lyrics, the advertising age, pop culture, geometry, symbolism, signpainter lettering and super bright color palettes. Andrea’s newest paintings are intricate and intense explorations of geometry, color and form which create fantastical, bright worlds of abstraction. Her new 3-dimensional works are exciting and tactile versions of her lively style, in various sizes. Back in the streets, Andrea has developed a reputation for her oversized typography murals. She has been featured in major art shows, solo shows, magazines, books, fashion lines, brand collaborations and has curated and exhibited in numerous art shows around the world.