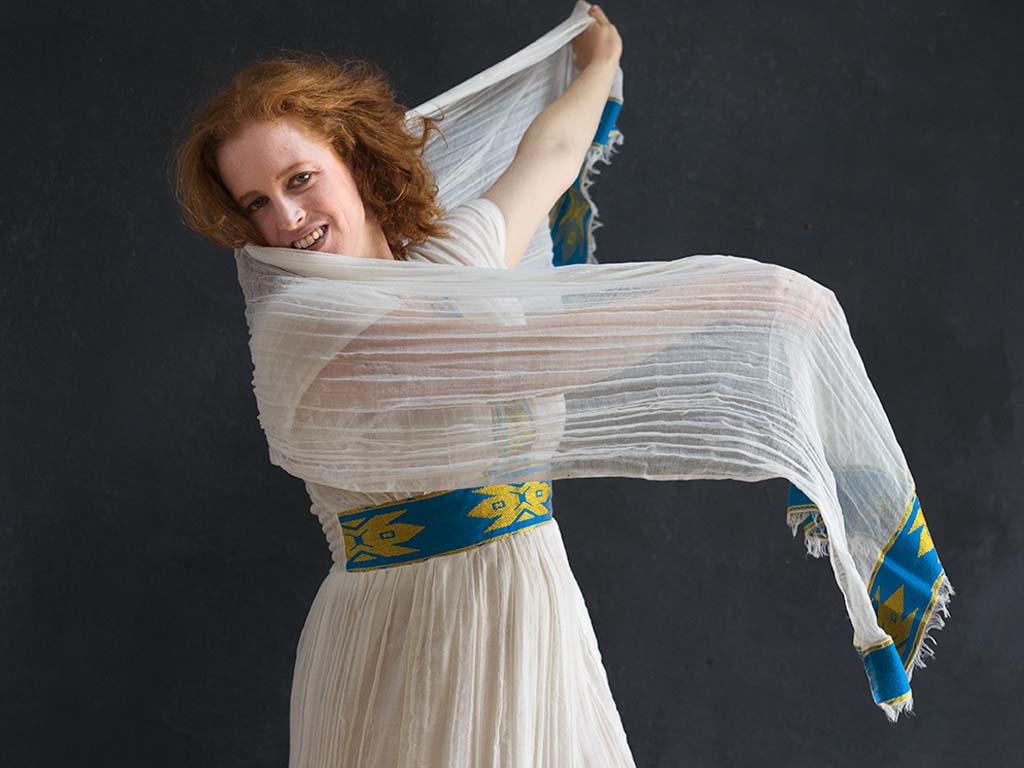 Choreographer, Anna Mayta is premiering her new dance – “The world of humanity has two wings” – inspired by a quote from the Writings of Abdul’-Baha, Baha’i writings:

“Humanity Has Two Wings”:
“The world of humanity has two wings – one is women and the other men. Not until both wings are equally developed can the bird fly. Should one wing remain weak, flight is impossible. Not until the world of women becomes equal to the world of men in the acquisition of virtues and perfections, can success and prosperity be attained as they ought to be.” – Selections from the Writings of Abdu’l-Baha, p. 302. Baha’i writings.

This dance piece is a sequel to Anna’s solo dance choreography called “Veiled” choreographed after 9-11 (a methaphor for the plight of women in Afghanistan) Both these pieces are about the empowerment of women, and women’s rights.

About the Artist
Anna Mayta grew up in Chile and is a dance improviser, choreographer, and instructor. She graduated from Empire State College in June 2001 with a BA in Dance in Education. In November 2008, she received a certificate to teach yoga from Svyasa Swami Vivekananda Yoga University in Bangalore, India. In 2006, she was awarded a dissemination award from the Dutchess County Arts Council in Poughkeepsie, New York. Ms. Mayta has been teaching, performing, and choreographing for over 15 years. She has developed two programs throughout this time period. One is teaching the Spanish language through movement, and the other is fusion dance, which centers on the incorporation of African, Classical Indian, Flamenco, Modern and Latin dance styles. She has traveled for her work to Bangalore, Pune, Lucknow, and Bombay in India. Additionally, she has taught for The National Ballet of Zimbabwe in Africa, in England, and in the greater Boston Area. She is currently working in the Mid-Hudson Valley and directing her dance company called Mayta fusion dance based in Poughkeepsie NY.Her choreographed solos, such as “Fusion,” “Flamenco Fusion,” and “Veiled” (a metaphor for the plight of women in Afghanistan) have been performed in New York City, the Mid-Hudson Valley, Boston, and India. She has collaborated for many years with artists Gigi Oppenheimer and Jazz singer Maiko Hata. Recently Mayta performed in NYC a piece in collaboration with pianist O Zotique.