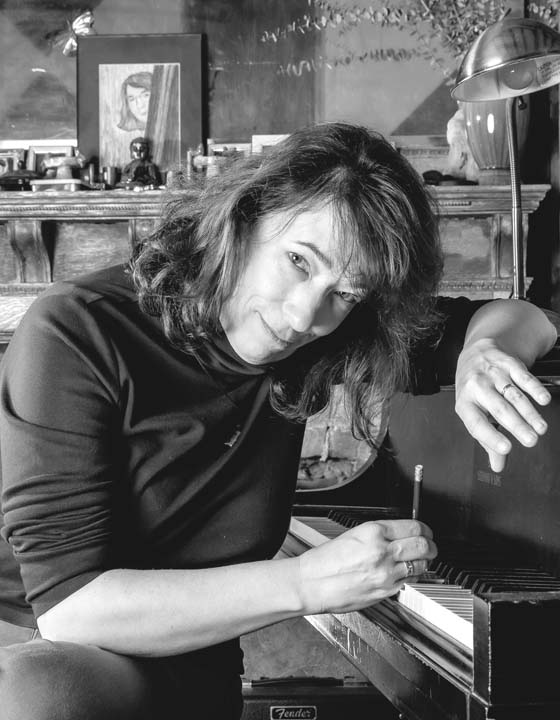 Molly Horan and Amy Engelhardt are writing a musical about teenagers recognizing their power and inner strength.  Amy and Molly will be teaching a Master Class coordinated with the Ossining Schools and Theater O (not open to the general public).

Over the course of their two-week residency at Bethany, Molly Horan and Amy Engelhardt will be be working through the first act of their original musical, “The Completely True Story of West High’s 66th Annual Charity Lockdown,” a 90-minute pop-punk musical written to be performed by teenagers. Theatrical material for teens is hard to come by so they are creating a piece that is smart, funny, and above all – relevant. At its core, their musical is about teenagers recognizing their power and inner strength and asserting their right to a livable future.

From 1998-2012, Amy recorded 4 albums and toured the US and Europe as sole female vocalist/writer for Grammy-nominated, genre-busting vocal band The Bobs. And as Mother Superior of the Chattering Order of St. Beryl in Amazon Prime’s GOOD OMENS promo campaign, Amy led a gaggle of rock-belting, flash mobbing nuns at series premieres and events in London, New York, LA and Austin’s South by Southwest. She also produced their EP UNHOLY NIGHT for Amazon Music and would LIKE to say she is Neil Gaiman’s new BFF.

Amy just filmed her new play IMPACT at Michigan’s Playhouse at White Lake, a co-production with the cell theatre in NYC, where she is now a Resident Artist. The show was developed in early 2020 at the National Winter Playwrights Retreat in Colorado. Amy swears that her second solo album, FINISH WHAT YOU, delayed TWICE now, will still be released in 2020.

Molly Horan’s debut novel, Epically Earnest, a queer YA retelling of The Importance of Being Earnest, will be published in 2022 by HMH, and her first picture book, I Have Seven Dogs, will be published in 2023 by Penguin/Random House. After receiving her MFA in writing for children and young adults from The New School, she pursued a career in writing for the web, with pieces published online by Refinery29, The New York Times, The AV Club, Shondaland, and many other sites. A member of the BMI Lehman Engel Musical Theater Workshop, her original songs have been performed at 54 Below and The Duplex. Her play The Patron Saint of Other Women won Georgia College Arts and Letters’ 2021 Drama Prize.