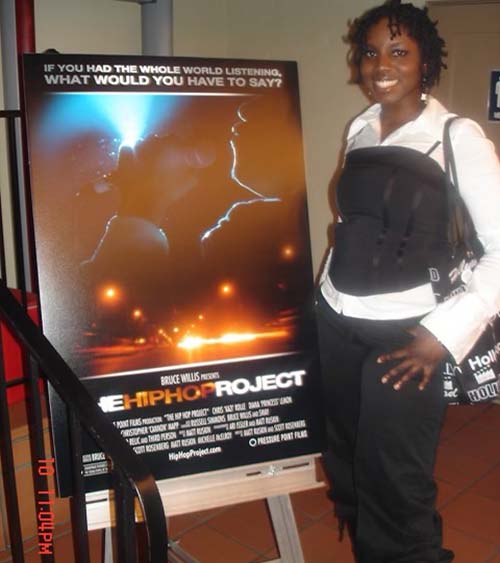 As a teenager Diana Lemon had been headed down the wrong path when she entered a music program for New York’s at-risk youth that encouraged her to write and rap about the issues affecting her life. Join us as she walks us through her life-changing experiences in the program and the stars she worked with along the way.

At the age of 15, Diana joined The Hip Hop Project, a NYC after school program, funded by Russell Simmons’s Rush Philanthropic Arts Foundation. The Hip Hop Project (Art Start) is an award-winning arts-based education organization that engages and empowers the voices of young people through innovative programming, multimedia activism, mentorship, and community service projects. Her involvement created a foundation for her to explore and learn both the creative and business side of music. Before graduating from high school, Diana was paving a path to success, working as an intern at various companies such as Columbia Records, PNB Nation, Loud Records, and The Source Magazine. After graduating from Ossining High School, she developed her own music business workshop series called 90/10: Its More Business Than Music. Eventually, Diana succeeded her mentor, Chris “Kazi” Rolle, and became Program Director of The Hip Hop Project.

These experiences prepared Diana for the roles she would play in the next phase of her life: that of advocate, speaker, and most importantly she says, mother and caregiver. Diana takes care of, and advocates daily on behalf of, her daughter, who underwent a Stem Cell transplant in December 2014. After her journey as a transplant patient caregiver, Diana decided to work side by side with her District Senator David Carlucci and Assemblywoman Sandy Galef on Bill S1165 which enacts the “Dream’s Law.” Named after her daughter, the law deems central venous lines as medically necessary, helping to ensure that patients discharged from a hospital with a central venous line or other serious health needs will have access to a qualified medical caregiver.

With Thanks and Acknowledgement:
This program is sponsored by Ossining Innovates! and Cravin Jamaican Ossining, NY