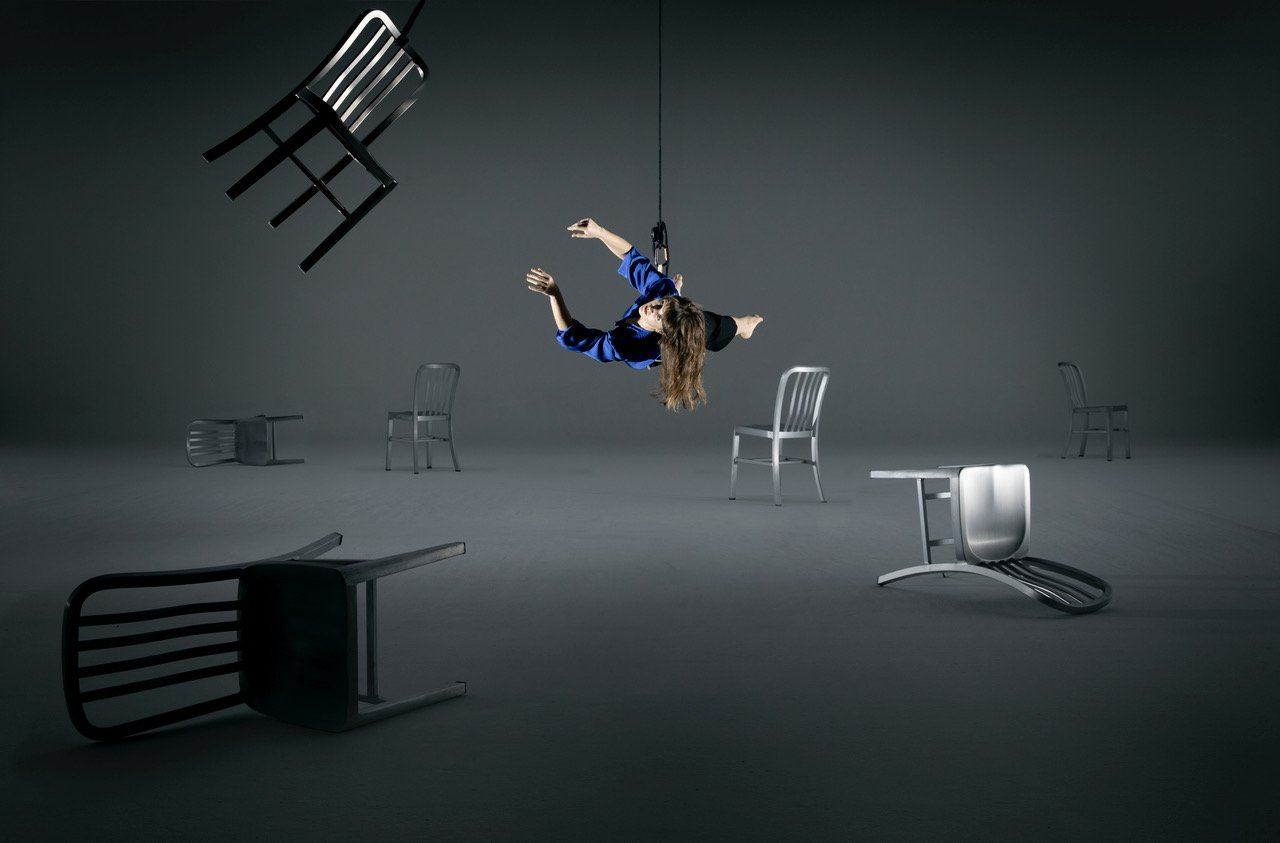 Jo Kreiter is a nationally recognized choreographer and site artist with a background in political science. She makes large scale public art via apparatus-based dance. She engages physical innovation and the political conflicts we live within. Her work democratizes public space. Jo has spent 25 years building coalitions with women marginalized by race, class, gender, and workplace inequities. Noted partners include Essie Justice Group, UC Hastings Center for Work-life Law, Tenderloin Museum, Code Tenderloin, Au Co Vietnamese Cultural Center, and Tradeswomen Inc. Jo joins us in advance of her April research residency and her October presentation of “The Apparatus of Repair”; the culminating work of her Decarceration Trilogy.

As part of BAC’s Season of Justice, Jo Kreiter joins us in April and October to develop and present “Apparatus of Repair”, the culminating work in her Decarceration Series.

REPAIR brings focus to the concept of restorative justice and is grounded in the experiences of people who have been harmed or caused harm. A restorative justice process operates from a belief that the path to justice lies in problem solving and healing rather than punitive isolation. The project is deeply personal and challenges creator Jo Kreiter to expose her own vulnerability, as she is a woman with an incarcerated loved one. REPAIR transforms the intimate healing process of restorative justice into an outdoor public performance, danced in the air on the facade of BAC.

Bio:
Flyaway Productions democratizes public space. We make dances in unlikely places, activating the sides of buildings above bleak city streets. Our site-specific dances impact neighborhoods because they unfold at the very place where conflict lives. For us, a building is a witness. It holds the complexity of a neighborhood’s history in its “hands,” I-beams, or concrete walls. Flyaway’s tools include coalition building, an intersectional feminist lens, and a body-based push against the constraints of gravity.

Founded by Jo Kreiter in 1996, Flyaway Productions mission supports the integration of experimental forms with political content; the support of women and gender expansive artists, where women’s voices remain an underserved element of public culture; and the use of spectacle/flight/suspended apparatus to expand choreographic language. Recent coalition partners include the Museum of African Diaspora, Prison Renaissance, Essie Justice Group, Local 2, Bend the Arc Jewish Action, Community Works and UC Hastings College of the Law.

We have been supported by Guggenheim and Rauschenberg Foundation fellowships, NEFA’s National Dance Project, the National Endowment for the Arts, Center for Cultural Innovation, New Music USA, The Gerbode Foundation, MAP, the Creative Work Fund, the Wattis, Kenneth Rainin and Miranda Lux Foundations, CA Arts Council, Grants for the Arts and the SF Arts Commission and have received seven IZZY awards from the SF dance community.  The SF Bay Guardian describes Flyaway as makers of “art at the heart of the democratic ideal.”

About the Decarceration Series: From 2017-2023, Flyaway is creating The Decarceration Trilogy: Dismantling the Prison Industrial Complex One Dance at a Time. The Decarceration Trilogy is part of a national wave of ongoing political action to expose the devastating effects of prison on American citizens.  It draws together political denunciation and a spectacular physical language across a series of large scale, site-specific dances. The Trilogy is rooted in collaboration with community organizations and people directly impacted by incarceration.  The project is a deeply personal and challenges Artistic Director Jo to expose her own vulnerability, as she is a woman with an incarcerated loved one.

Residencies and programs at Bethany Arts Community are made possible by the New York State Council on the Arts with the support of the New York State Legislature, the National Endowment for the Arts, Arts Westchester, and numerous individual donors. And special thanks to Sing Sing Prison Museum and Hudson Link for Higher Education for sponsoring this program.