Show and Tell: A Work in Progress Showing by Francesca Harper 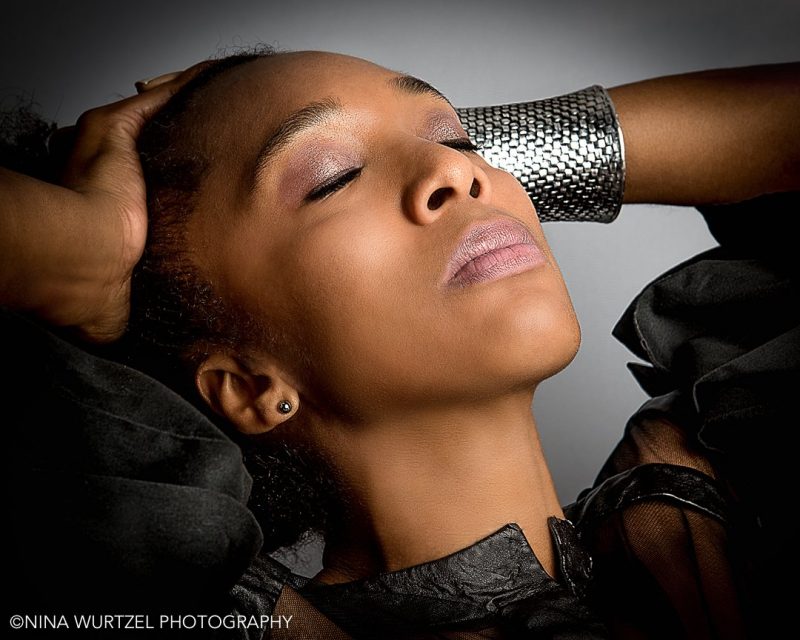 Join us at Bethany Arts Community on July 3 @ 7pm for a Show and Tell: A Francesca Harper Work & Process

In Francesca Harper’s new work in progress, Harper explores how media and entertainment commodifies and profits off of the erasure and harm of others while catapulting some into celebrity culture. How does our society benefit from brutality as it relates specifically to bodies of color? The work in progress is being produced by THE OFFICE, with a sonic tapestry created by rock star Nona Hendryx, daring movement created by Francesca Harper and artists from the FHP Collective. Costumes are created by Elias Gurrola, dance technology by Allison Costa and The Movement Lab @ Barnard, with lighting design by Tuce Yasak. They collectively create a choreographic work that explores this intersection of transparency and erasure, what it is we care to see and what we choose to disregard. The development of this work has also been supported by Works & Process’ LaunchPAD initiative in which they describe, “Process as a Destination.” Harper is especially grateful to Duke Dang, Caroline Cronson, and Abigail Lewis for providing this second residency @ Bethany Arts.

Artist Bio:
Francesca Harper began her professional dance career with Dance Theater of Harlem, after having performed at the White House as a young Presidential Scholar in the Arts, and subsequently was a member of William Forsythe’s Ballett Frankfurt (1991–99), becoming a Principal Dancer in 1994. In Europe, she was chosen to perform with designers Issey Miyake and Gianni Versace and to perform in a film, Dancing Pleats, that was a 30-year retrospective of Miyake’s design work in Japan. She also performed in Miyake’s and Versace’s fashion shows in Paris and Milan. Following a vocal performance in Frankfurt, she was invited to record her first single, Slow Groove, which was produced on a compilation album and distributed in Europe and the U.K.  In 2006, she self-produced her own album, Modo Fusion, currently available on iTunes. Her first full evening of work as a choreographer, Dark Violet Light Stone, was commissioned by The Holland Dance Festival while she was still a member of Ballet Frankfurt.

Ms. Harper has performed in Broadway productions including Fosse, All Shook Up, and The Color Purple and starred as Helene opposite Molly Ringwald in a national tour of Sweet Charity (2007) and in Judith Jamison’s role in a revival of Sophisticated Ladies (2009).  She also created her first play for the Cherry Lane Theater in New York, 50 minutes with Harriet and Phillis, produced by Anna Deavere Smith, with her aunt, Pulitzer Prize-winning writer Margo Jefferson, and Paul Miller, a.k.a DJ Spooky. She debuted her critically acclaimed one-woman show, The Look of Feeling, as a writer, actor, dancer, and vocalist in 2014 in New York City. She was invited to develop a new character for Punchdrunk’s Sleep No More, jazz vocalist Cecilia Robertson, a.k.a. Ceci, as well as several other roles in the innovative, immersive production. In 2018, Ms. Harper was nominated for Best Actress in a Musical by Broadway.com for her role as Billie Holiday in a production of Lady Day at Emerson’s Bar and Grill.

Her television appearances include Boardwalk Empire, Late Night with David Letterman, and The Oprah Winfrey Show. She also served as ballet consultant for the feature film Black Swan (2010), directed by Darren Aronofsky and starring Natalie Portman, who won an Oscar for her performance.  Ms. Harper was also a featured performer in Zinnias – The Life of Clementine Hunter, directed by Robert Wilson, touring internationally with the production. She received a Living History Award in 2013 during Black History Month from Long Island University and the Innovation and Technology Award for her choreography for Fashion Week with designer Louis Vuitton. She is the writer, producer, composer, and narrator of the documentary film To Lillian (2021).

Ms. Harper has choreographed works for Alvin Ailey American Dance Theater, Ailey II, Dance Theater of Harlem, Hubbard Street II, Tanz Graz, and many more companies, including her own The Francesca Harper Project, which she founded in 2005. The Francesca Harper Project has performed at venues including La Biennale di Venezia, Holland Dance Festival, Harkness Dance Festival, The Colors Festival in Stuttgart, Central Park Summerstage, New York City Center, Harlem Stage, the Metropolitan Museum of Art, and The Joyce Theater. Ms. Harper served as movement director for Nick Cave’s The Let Go, commissioned by the Park Avenue Armory, which received a Bessie Award for Outstanding Production. Ms. Harper is a long-time artistic collaborator with MacArthur Foundation “genius award” visual artist Carrie Mae Weems, rock star Nona Hendryx, multimedia artist Carl Hancock Rux, and Margo Jefferson. Ms. Harper was awarded a two-year choreographic fellowship with Urban Bush Women, providing support toward her dance-theater work An Unapologetic Body, and a Fellowship at The Ballet Center at NYU. Recent engagements include serving as co-director and choreographer for the musical Rose’s War and as movement director for Tommy Hilfiger and Zendaya for their fashion show at the Apollo Theater in fall 2019.

During quarantine, Ms. Harper was the creator and directorial consultant for 16 world premiere virtual films. Her latest works include a new creation for Wendy Whelan, Associate Artistic Director of New York City Ballet, and renowned poet Marc Bamuthi Joseph. Ms. Harper is currently engaged as Executive Producer with Sony Pictures on a series in development.

As an educator, Ms. Harper has served as a professor at The Juilliard School, an adjunct professor at NYU, a former associate professor at Barnard College, and a professor in the Ailey/Fordham BFA program.  She is currently pursuing an MFA in performance creation at Goddard College.