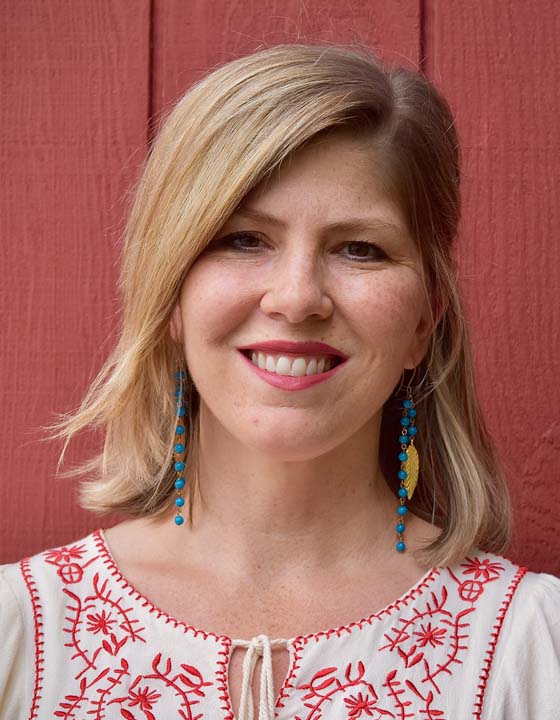 Geared towards exploring the ways in which we are haunted by the person we were before March 2020, we will discuss how can we use memories of pre-Covid times to help us grieve our losses, as well as lessons learned about our values in order to map a way forward. While she doesn’t believe that art-making is therapeutic, she does think that it offers us space to speak the unspeakable, and therefore begin the process of understanding what has happened to us, and who we are now.

Name of Artist: Keija Parssinen
Dates of Residency: May 2 – May 15

Residency Plan:
At Bethany Arts Community, Keija will continue work on her memoir-in-progress, HOMELAND INSECURITY: COMING OF AGE IN AMERICA’S KINGDOM. She will have completed three of thirteen chapters and have outlined the remaining ones. Keija hopes to complete a rough draft of the book while in residence.

Bio:
Keija Parssinen is the author of the novels The Ruins of Us, which earned a Michener-Copernicus award and was chosen as a Best Book of the Mid-East Region 2013 by Turkey’s Today’s Zaman newspaper, and The Unraveling of Mercy Louis, which won an Alex Award from the American Library Association, was named a Best Book of 2015 by the Kansas City Star, and was chosen as a Book of the Month Club pick by Emily St. John Mandel. Her writing has been nominated for a Pushcart Prize and has appeared in Gulf Coast, The Southern Review, Slice, The New York Review of Books Daily, The Arkansas International, World Literature Today, The Washington Post, Slate, Salon, The Lonely Planet travel writing anthologies, and elsewhere. An essay, “To the Source Who Kept Changing Costume,” is forthcoming in the anthology Letter to a Stranger: Essays to Those Who Haunt Us (Algonquin 2022). She has received fellowships from MacDowell, Hedgebrook, Yaddo, and Ragdale, among others. A graduate of Princeton University and the Iowa Writers’ Workshop, where she was a Truman Capote fellow and a Teaching & Writing fellow, she is currently an Assistant Professor of English and Creative Writing at Kenyon College, where she serves as a consulting editor for the Kenyon Review.