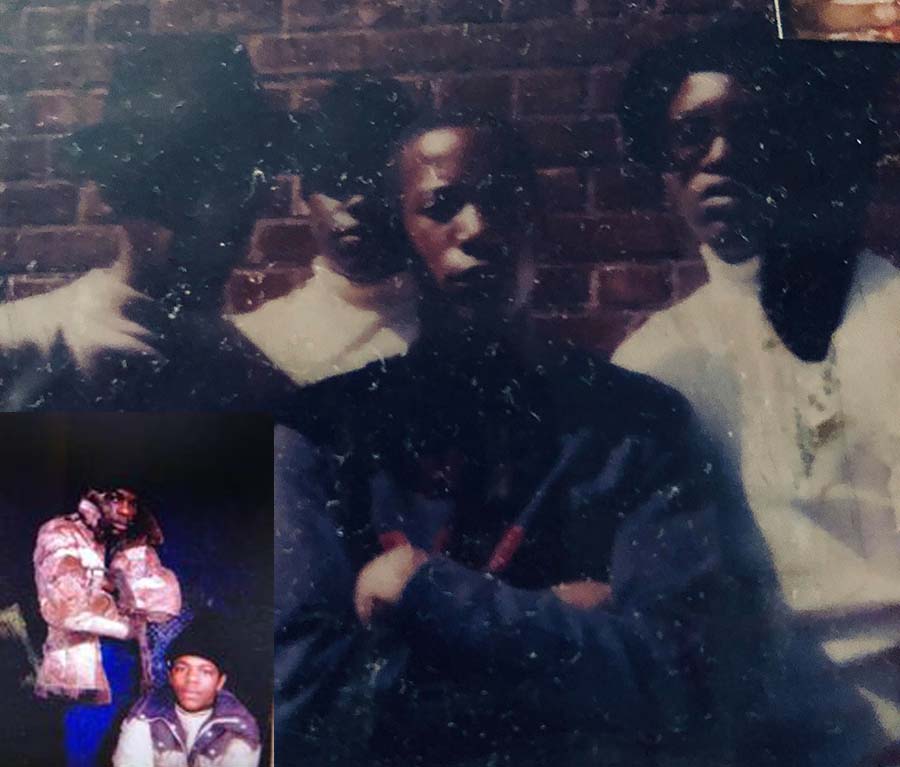 Join us on February 13th at 5pm for an Artist Talk: Table Wizard Spinny Spin and the Separate 5 Mcs: The Untold Story of the beginning of Ossining Hip Hop Culture with Spencer Thomas

The year was 1979 we formed our group The Separate 5 MCs. The group consisted of DJ Table Wizard Spinny Spin aka Roosevelt Keemer, Little Tee aka Spencer Thomas,  Mic Master Gee aka Wayne Gillespie, and  Dazzy Dee aka Daniel Hawkins. We were known as the Jazzy 3 emcees. Along with MC Drew Za B aka Andrew Bazemore and Lord K Whan aka Stephen Daniels. They were called the PlayBoy MC‘s and together we formed the Separate 5 MCs. My family, relatives, and friends back in High School called me Spinny Spin, and some family, relatives, and friends called me Little Tee. Even though DJ Wise was called Table Wizard Spinny Spin back then, it was because he would spin the records for us. However, the name Spinny Spin originated from me Spencer Thomas back then. I eventually took my name, Spinny Spin back and Roosevelt our DJ who began practicing the Muslim faith became DJ Wise. As the Separate 5, we performed at our Ossining High School events including the African-American Day Festival.

We performed at the Club Cortland Lounge, the Ossining Sportsman Club, and in the local parks and local venues. After we performed as a group getting our name out there, we begin to perform throughout West Chester, the Peekskill Canteen, the White Plains Slater Center,  Mt. Kisco Community Center, the Yonkers Polish Community Center, Mount Vernon, the Spring Valley Camelot, and in Portchester. Finally, it was my cousin Carl Lucas Jr, a DJ pioneer of Ossining and most well-known for his massive sound system called Music Master Production. He decided we needed to go down to New York on the big stage, so he brought us down to Harlem World and that is where we performed in front of a huge crowd that included some of, we’ll know Hip Hop famous people of today. The FORCE MC’s are now called the Force MDs. Kool Moe D,  DJ AJ among others. We gave such a great performance at that point we felt we had made it to the big time. However, more shows meant adulation and bigger egos. That would lead to our group as the Separate 5 returning to our two individual groups the Jazzy 3 and the PlayBoy MCs. Unfortunately, as the group the Separate 5 we did not get a chance to record a record or put any of our rhymes and routines on a record. We also, unfortunately, did not perform on any records, and to this very day, we regret that.

With Thanks and Acknowledgement:
This program is sponsored by Cravin Jamaican Ossining, NY