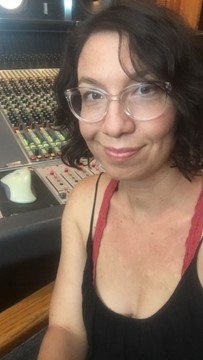 Participants will be guided in writing scenes about their family history and/or ghosts. How does the past influence the present? How does the present echo and iterate the past? Prompts will be sent to workshop participants ahead of time. Then, we will experiment with staging these scenes using zoom, Isadora, and live projection.

Jared Mezzocchi is an Obie award winning director and multimedia designer. Mezzocchi’s work has been seen throughout the United States at notable theaters such as: The Kennedy Center (How To Catch A Star), The Geffen Playhouse (Someone Else’s House), Vineyard Theater (On The Beauty of Loss), Arena Stage (Intelligence), Woolly Mammoth (The Nether, Women Laughing Alone with Salad, Chad Deity), and many more. In 2016, he received The Lucille Lortel and Henry Hewes Award for his work in Qui Nguyen’s Vietgone at the Manhattan Theatre Club. In 2021, The New York Times highlighted his multimedia work during the pandemic, alongside four artists including Paula Vogel and Andrew Lloyd Webber. His work was celebrated as a New York Times Critic Pick on Sarah Gancher’s Russian Troll Farm (Co-Director & Multimedia Designer) where it was praised for being one of the first digitally native successes for virtual theater. He is a two-time Macdowell Artist Fellow, a 2012 Princess Grace Award winner, and spends his summers as Producing Artistic Director of Andy’s Summer Playhouse. Jared is an Associate Professor at The University of Maryland, leading the MFA Design Program for the Projection and Multimedia Track. Over the pandemic, Jared founded Virtual Design Collective (ViDCo), aiding in the development of over 50 new digital and hybrid works over the last 2 years including the current season of Paula Vogel’s Bard At The Gate, co-produced by McCarter Theater. MFA: Brooklyn College.