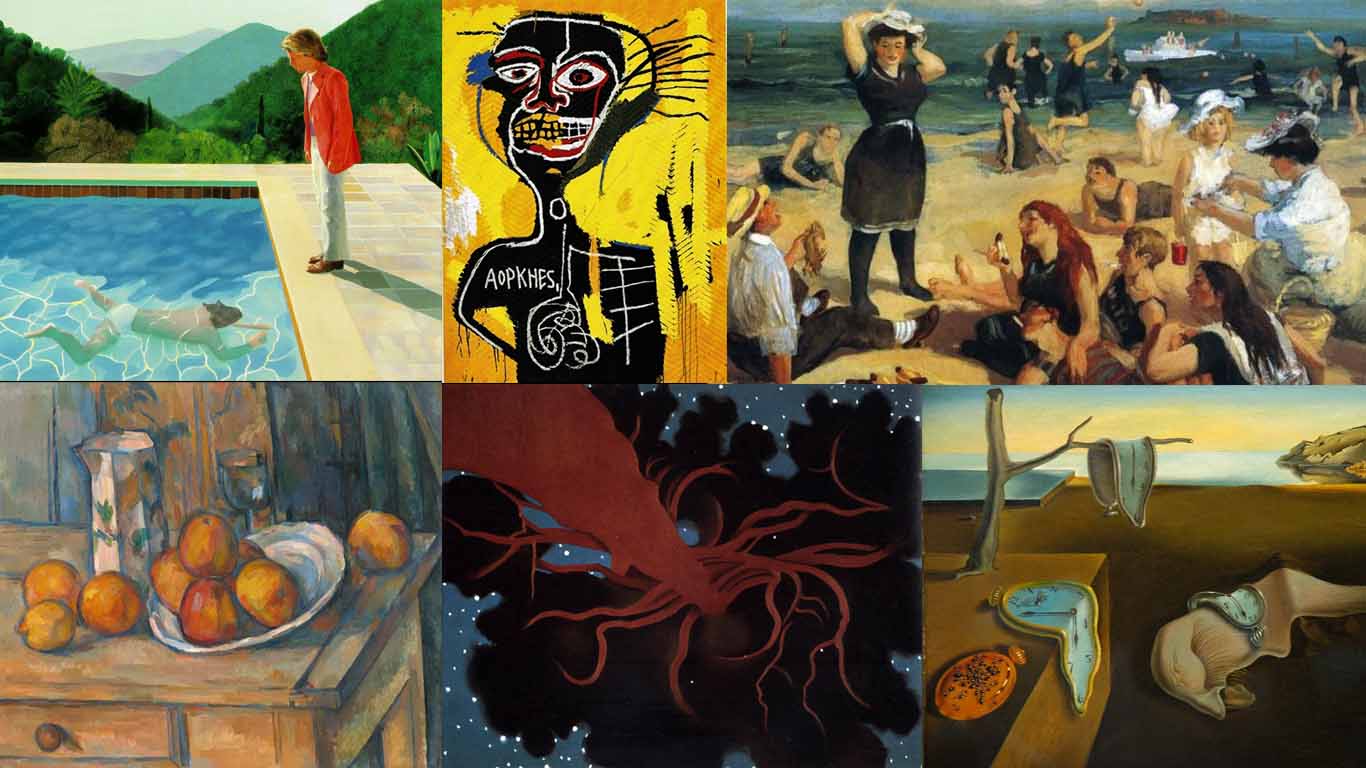 The 20th century opened with the legacies of Impressionism, Post-Impressionism, and all of the eras and movements that preceded them. Our look at the great artists of the 20th century will touch upon all of the major art movements of that century—in the European, American, and non-Western arenas.Beginning with Paul Cézanne and Claude Monet—who took the modern era in quite different directions—we’ll examine those artists who became part of the continuum that is art history, by making significant contributions to what would become the art of a new century. We’ll look at the key figures of Modernism and Postmodernism, which will include such artists as Henri Matisse, Pablo Picasso, Wassily Kandinsky, Marcel Duchamp, Joan Miró, Salvador Dali, Egon Schiele, Edward Hopper, Charles Demuth, Jackson Pollock, Mark Rothko, Anselm Kiefer, and Jaspar Johns—among many others.We’ll also be exploring amazing artists from the Ashcan School (formally known as The New York Realists), the Fantastic Naifs (naive and outsider artists), the Mexican Muralist School, and the Harlem Renaissance. In addition, we’ll be examining the major achievements of women in the arts during the 20th Century—who struggled throughout that era for recognition.

Dr. Jill Kiefer is an art historianand teaching artist. She has developed and implemented comprehensive academic and lifelong learning programs at prestigious institutions in the USA and abroad. She was a member of the graduate faculty of the Humanities Dept. of Mount Saint Mary’s University in Los Angeles, and also taught for Pasadena City College, Glendale College, the Palos Verdes Art Center and the University of New Mexico. She has received several “Best Faculty” awards and was a Federal Title V Grant Recipient four times for her work in Hybrid Learning. Jill is a member of the Honor Society of Phi Kappa Phi, and the Dean of Warnborough College’s Master’s and Doctoral programs in Cultural Art History, Fine Arts, and Media Studies. She also teaches art history and studio art for several lifelong learning programs in Westchester. Jill is a Past President of the Ossining Arts Council, and the Director of the Canterbury Arts Conference (CArtsCon), an international, annual event held each summer in the United Kingdom. A published writer and artist, Jill has an impressive and extensive resume.  To learn more about her, please visit www.whataboutart.org