($100 for 5 Course Sessions)
Join us at Bethany Arts Community for this course, where we’ll be looking at art that developed (largely from WWII forward) that reacts against earlier modernist principles. Five two-hour course sessions starting Saturday, September 14th from 10am – 12 noon (5 consecutive Saturday mornings) 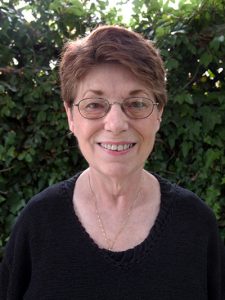 Dr. Jill Kiefer is an art historian and teaching artist. She is the Director of What About Art?—an organization devoted to bringing Art to Everyone, and the President of the Ossining Arts Council. Jill has developed and implemented comprehensive academic and lifelong learning programs at prestigious institutions in the USA and abroad. She was a member of the graduate faculty of the Humanities Dept. of Mount Saint Mary’s University in Los Angeles, and also taught for Pasadena City College, Glendale College, Westwood College, the Palos Verdes Art Center and the University of New Mexico. She has received several “Best Faculty” awards. Jill was a Federal Title V Grant Recipient four times for her work in Hybrid Learning, and she is a member of the Honor Society of Phi Kappa Phi. Jill is the Dean of Warnborough College’s Master’s and Doctoral programs in Cultural Art History, Fine Arts, and Media Studies. She also teaches art history and studio art for several lifelong learning programs in Westchester. Jill is the President of the Ossining Arts Council, and the Director of the Canterbury Arts Conference (CArtsCon) an international, annual event held each summer in the United Kingdom. A published writer and artist, Jill has an impressive and extensive resume.