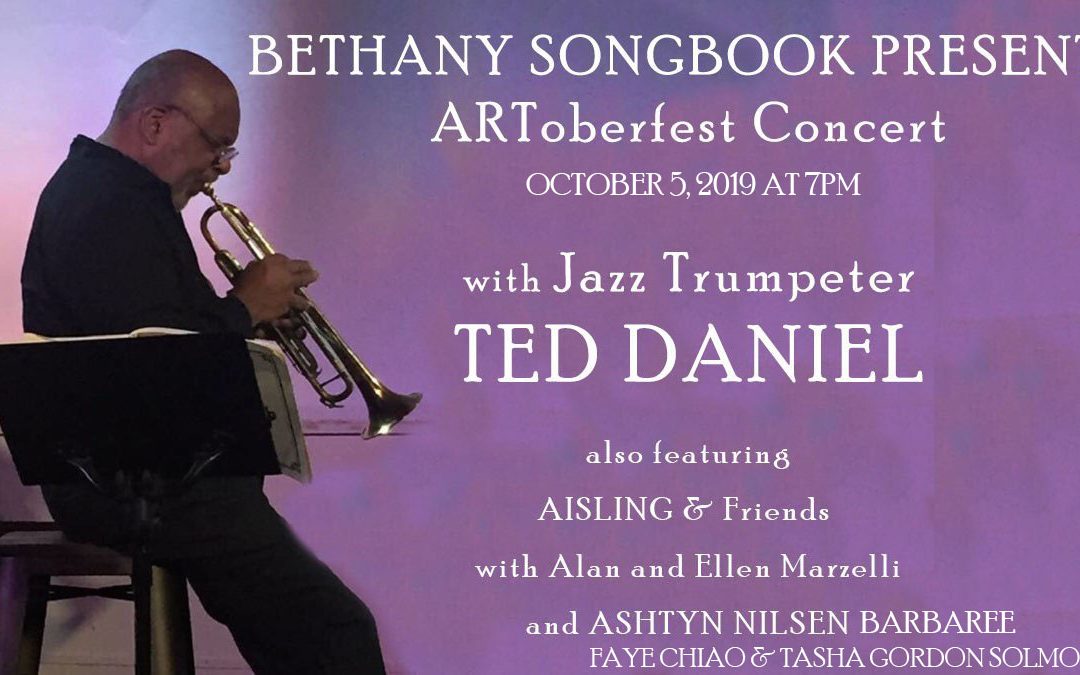 TED DANIEL, jazz trumpeter, cornetist and composer. Captivating, vibrant, revolutionary — these are just a few of the words used to describe Ted Daniel. A gifted and critically acclaimed trumpeter, Ted’s style has been described as “avant garde” however he to embraces the traditional and the new, with performances ranging from solo to big band. His music transcends conventional ideas about jazz, resulting in a completely unique and pleasurable listening experience. He is a melodic player who experiments with all forms of jazz music, producing extraordinary results every time. For now, he’s the genre’s best-kept secret.

Ashtyn Nilsen-Barbaree is an internationally touring Indie-Americana singer/ songwriter from Fayetteville, Arkansas, USA. She has a smokey, yet silky voice often accompanied by an 8-string tenor ukulele. She started playing in bars regularly when she was only 15. Her debut album released April 2018 was recorded in Nashville, TN at The Butcher Shoppe Studio and has received national and international music reviews. November/December 2018 she completed her first full band European tour as an ambassador for The House of Songs, then February 2019 she represented Arkansas and The House of Songs at Folk Alliance International in Montreal, Quebec, Canada. Since returning she has secured future shows in Denmark, Sweden, The Netherlands and China.
Faye Chiao is a composer of musical theater, opera, and concert music. Chiao has been honored with awards from The Presser Foundation, The Puffin Foundation and OPERA America. Recent performances include: The Secret Code of Mary Bowser [Pittsburgh Festival Opera, PA]; Rhyme & Punishment (book and lyrics by Anton Dudley) [Playwrights Realm, NY and American Dream Theater, VA]; The Clinic (book & lyrics by Anton Dudley) [Prospect Theater, NY]. With Tasha Gordon-Solmon, Chiao is at work on two musicals centering the voices of bold and complex women. Chiao is also working on a family opera commissioned by Houston Grand Opera, and an original family musical currently in development with New Victory Theater’s Labworks. Chiao is a member of the BMI Advanced Musical Theater Workshop, BMI’s Composing for the Screen Film Scoring Program, and holds degrees from The Peabody Institute of The Johns Hopkins University.

Tasha Gordon-Solmon (book and lyrics) Tasha’s plays include I Now Pronounce (2017 Humana Festival), Same Time, Same Place (Actors Theater of Louisville 2018), Whip It Up With Wendy (2018 AFO Solo Collective Residency), Piece Of (developed with at Northern Stage and Clubbed Thumb), and Pal (developed at Sun Valley Center for the Arts and New Georges). Other credits include Ars Nova, Perry Mansfield New Works Festival, Dixon Place, INTAR, The Tank, and The Flea. She is the recipient of a Dramatist Guild Fellowship, a Puffin Foundation Grant and two VCCA Residencies. She is a New Georges Affiliated Artist, a member the BMI Advanced Workshop, a member of Directors Lab West, and an alumna of the Ars Nova Playgroup and Clubbed Thumb Emerging Writers Group. She has been published by Playscripts, Smith & Krauss, Dramatist Magazine and The Brooklyn Rail. Tasha received her MFA in Dramatic Writing at NYU and is a proud 52nd Project Volunteer.