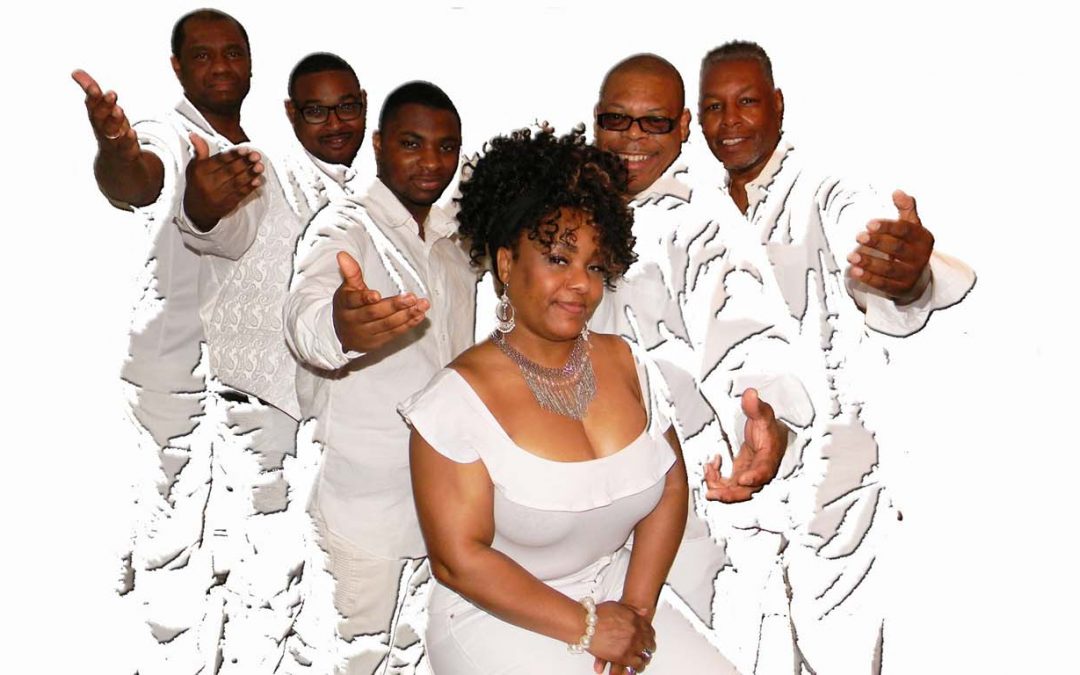 R&B band BaseCamp will give a 90 min (in person) concert in celebration of Black History Month at Bethany Arts Community on Sat, Feb 19. 7pm

BaseCamp is a seven piece R&B band that has been in existence for the past 20 years.

Based in Poughkeepsie, NY. They are a seven piece unit that specializes in classic Rhythm and Blues music from the 70’s to present day selections.They currently perform regularly in the tri state area and have been an opening act for many top named R&B artist including D-Train and R&B legends, the fabulous Ojays. 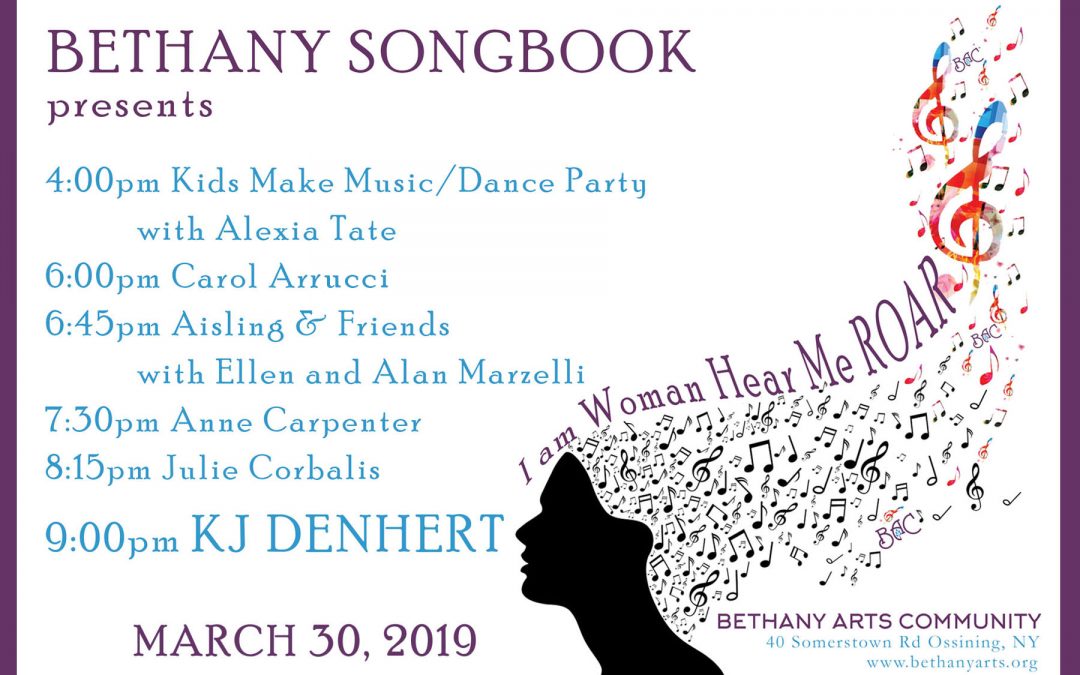 Bethany Songbook presents I Am Woman Hear Me ROAR!

Starting off with an hour long KIDS show from 4-5pm! Bring the kids and have a great time as they make music and dance with Alexia Tate!!  The remainder of the evening kicks off at 6pm.

Come and go or see all of the entire lineup of these talented women, ending the evening with KJ DENHERT!

Sponsored by the Cortlandt School of Performing Arts

KJ Denhert is an award-winning songwriter, guitarist, vocalist and bandleader living in Ossining, New York. She is a consummate artist with a rich history; a legend of Urban Folk & Jazz who channels a wide range of influences to create something completely unique. She performs regularly in New York and around the world and has shared stages with internationally renowned jazz and pop musicians such as GRAMMY Award winners Alicia Keys, Roberta Flack and many more. KJ has a residency at The 55 Bar in New York City’s West Village performing with her all-star band when she is not touring.  She has released 10 albums including her latest “Destiny”, and is at work on 3 new original projects set for 2018-19. Learn more  about KJ Denhert

Alexia Tate is the teaching director of Music Together with Alexia, operating in Peekskill and Cold Spring.   She is also the ukulele-playing presenter of Story Garden, a musical storytime for young children (now a monthly event at the Field Library in Peekskill). Alexia has also taught Musical Theater for children age 5-12 at Theater O in Ossining. Before changing gears to become a mom, Alexia performed on New York’s off-off-Broadway and nightclub stages for 15 years, and in 2009 she played Mrs. Howell in the the first national tour of GILLIGAN’S ISLAND: THE MUSICAL. Other favorite kid-friendly roles include the Queen in 13th St. Repertory’s RUMPLE WHO? and the title role in Rising Sun’s original cast of DOTTY DOT, which has become a children’s theater sensation across the country. Alexia trained in NYC at Singers Forum and T. Schreiber Studio, and received the 2007 Andy Anselmo Achievement Award for Emerging Artists.

Carol Arrucci is a long-time Ossining resident and well known local musician.  Her Masters Degree in Music Education took her in that direction as a middle school choral music teacher for 30 years.  During that time she continued her work in the evenings, as a producer of theatre and concerts, as a conductor of musicals in community and regional theatre and even worked on Broadway.  The love of this work was equally matched by her love of performing on stage, in opera, musical theatre and with her rock band (with husband Ray), Double Sharp.  Since opening  a popular, busy music school in 2012 and employing over 30 musical instructors (The Cortlandt School of Performing Arts) she has taken a “hiatus” from performing but not from teaching private students!  The Women’s Concert is a special night for Carol when she is able to showcase some of her favorite songs of varied genres and experiences throughout her crazy musical journey.

Anne Carpenter is a vocalist and songwriter who has lived here in Ossining for the past 15 years.  Anne sings music from all sorts of genres including jazz with a trio led by her writing partner and jazz guitarist John Pondel (they have recently finished recording three original tunes to be released very soon), music from great folk legends like Joni Mitchell and Paul Simon whose music she recently performed with guitarist and singer Peter Calo in a tribute show at the Schoolhouse Theater in Croton Falls. Anne sings back-up in a soul band and sings classical in her church choir in Mt. Kisco every Sunday. She also loves to make music and perform with good friends and Ossining neighbors like KJ Denhert and Ben Zebelman. Her love of music has taken her many wonderful places from Carnegie Hall to the late great CB’s 313 Gallery to the Cutting Room to Maureen’s Jazz Cellar to our hometown venues of Jazz at the Lodge and the Sing Sing Kill Brewery. She is delighted and honored to be a part of this musical evening at BAC celebrating women in the arts.

Julie Corbalis is a Hudson Valley singer-songwriter and working musician. She has been writing and performing original rock and playing and singing classic rock & roll for people of all ages around the world for 20 years. She released her 6th studio album studio album entitled, “What’s Up With This Heart?” in Spring 2016.