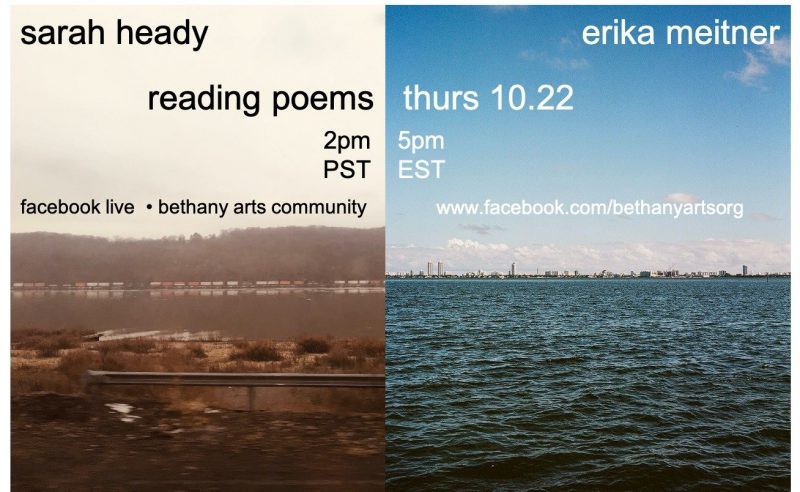 Erika Meitner will be sharing poems and photos from her latest project in progress, tentatively titled Miami : Elegy, which uses documentary and eco-poetic modes of verse and lyric essay to explore issues of global warming and sea-level rise in Miami, Florida—an epicenter of urban climate change. She has spent the past three years visiting the city, along with photographer Anna Maria Barry-Jester, to collect interviews, images, and experiences that record the ways in which rising water and extreme weather have altered–and not altered–the landscape and human geography of the city.

Sarah Heady will be reading poems from her project “The Hudson Lines.” This project is based on a sustained poetic engagement with the Metro-North Railroad over five years, documenting a recursive series of train trips between Grand Central Terminal and Poughkeepsie, using the Hudson River as a mirror. This place-based endeavor  relates directly to the landscape of the Hudson Valley and to Ossining as a river town. Sarah will pair her poems with short films she has made on the Metro-North.