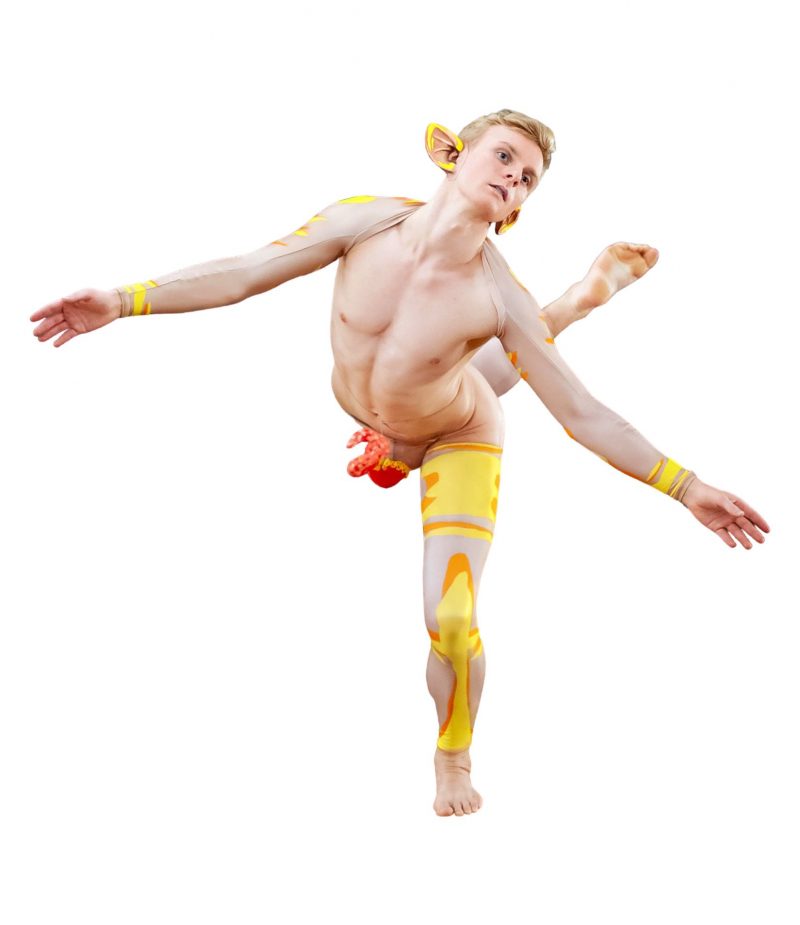 Christopher Williams Dance will be in residency in September 2021.  During their time at Bethany, they will present a work-in-progress showing of both solo and group material for the supernatural characters in their developing evening-length work “Narcissus” performed by an all male cast of acclaimed contemporary dancers. The showing will also include a question and answer session as well as an open discussion between the dancers, the assembled audience, and Christopher Williams.

Christopher was named a choreography fellow of the John Simon Guggenheim Memorial Foundation in 2021 and received a New York Dance & Performance “Bessie” Award in 2005 for his work Ursula and the 11,000 Virgins (2005), as well as an impromptu Ishmael Houston-Jones “Messie” Award for his work The Golden Legend (2009), which was listed among the 10 best dance performances of 2009 by Joan Acocella in The New Yorker. He has been awarded fellowships from The New York Foundation for the Arts, The Foundation for Contemporary Arts, the Center for Ballet and the Arts, the Bogliasco Foundation for multiple residencies at the Liguria Study Center for Arts & Humanities in Bogliasco, Italy, and was granted a Bessie Schönberg Memorial Endowed Fellowship for a residency at the Djerassi Resident Artists Program. In 2017 he was named an honoree of Exploring the Metropolis after receiving an EtM Choreographer + Composer Residency, and has been granted creative residencies at New York Live Arts as a Live Feed Resident Artist, Harvard University’s Center for Hellenic Studies, Bethany Arts Community, Kaatsbaan Culture Park, Joyce SoHo, Dance New Amsterdam, White Oak Plantation, The Yard, Bates Dance Festival, Mt. Tremper Arts, Robert Wilson’s Watermill Center, on Captiva Island via the Robert Rauschenberg Foundation, through Movement Research, the Harkness Dance Center at the 92nd Street Y, Lower Manhattan Cultural Council, the Dream Music Puppetry Program, the HERE Artist Residency Program, Bainbridge Dance Center, the Tyrone Guthrie Center in Annaghmakerrig, Ireland, the Anderson Center, and at Yaddo where he was named for the Charles and Candace Wait Residency in 2014. Foundations and organizations that have supported his work include the New York State Council on the Arts, the Jim Henson Foundation, the O′Donnell-Green Music & Dance Foundation, Lower Manhattan Cultural Council, American Music Center′s Live Music for Dance Program, the International Festival Society, the Stavros Niarchos Foundation, and the Greenwall Foundation.

Christopher was born in Washington, D.C. and grew up in Syracuse, New York where he began early studies of gymnastics, drama, music, and ballet. He earned a diploma from the École Internationale de Théâtre Jacques Lecoq in Paris where he studied physical theatre, acrobatics, and mask traditions from 1996-1998, and received his Bachelor of Arts degree in 1999 from Sarah Lawrence College where he studied choreography with the late Viola Farber and puppetry with Dan Hurlin. He has also studied contemporary dance and ballet most notably with Douglas Dunn, Rebecca Lazier, Vicky Shick, Jeremy Nelson, Janet Panetta, Lance Westergard, John Jasperse, June Finch, Janet Charleston, and at the Merce Cunningham Dance Studio, where he received three scholarships for participation in their professional training program. He was an Affiliate Artist in the Dance/Theater departments at Sarah Lawrence College and serves on the Artist Advisory Board for Danspace Project. He lives in Washington Heights.

Christopher′s long-term project Marginalia is fiscally sponsored by the New York Foundation for the Arts.
Christopher’s web log “The Land of Nimbi” may also be viewed here.
Find Christopher on Instagram as @faycavalier.