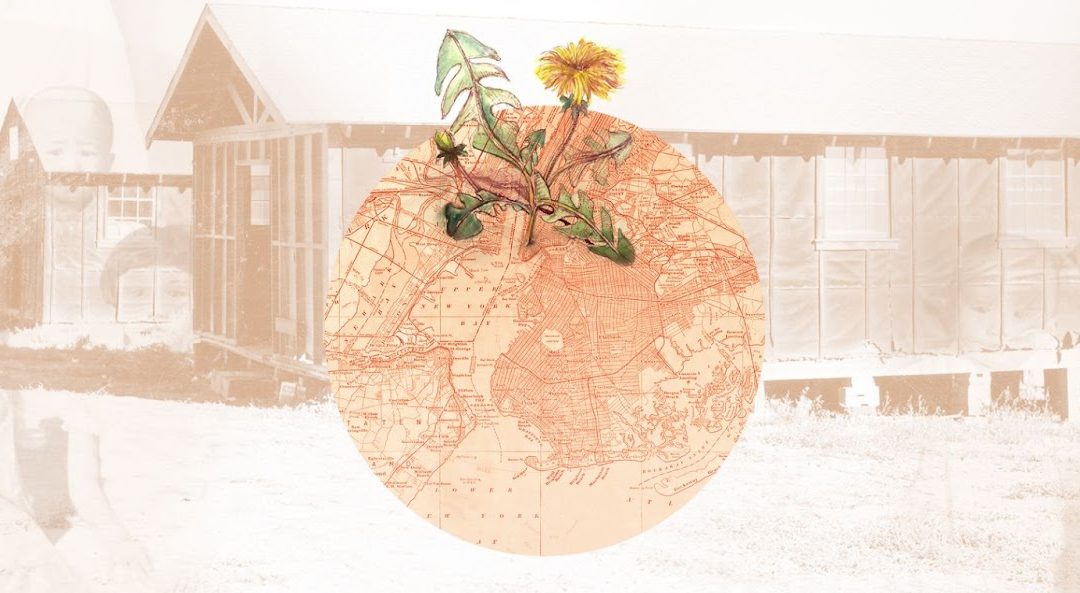 THREE PERFORMANCES TO CHOOSE FROM.
In an effort to make this program accessible to all, we ask that you pay what you can per person for each ticket.

Written and performed by Suzi Takahashi and directed by Kristin Marting, The Story Box explores the importance of safeguarding our civil rights through the lens of Japanese-American identity, using traditional Japanese storytelling elements, like kamishibai, along with Takahashi’s own family history. Representing the relocation of Japanese Americans during WWII, the audience will receive a suitcase and a tag, inside of which is a wireless headset and a family photo album. Each unique family photo album documents an account of the problematic history of Asian people in the U.S., and more recently, the rise in anti-Asian violence during the pandemic. Inspired by the events of writer/performer Suzi Takahashi’s own life and delivered through her own words performed live & transmitted via the headset, The Story Box asks audience members to reflect together on the stories in each suitcase, and they are invited to leave a story of their own behind for future audiences.

About the artists:
Suzi Takahashi (Writer/Performer)
Suzi Takahashi is a biracial, Japanese/American theater creator, director, actor, and educator. She holds a BA in Theatre from Barnard College, an MA in Performance Studies from NYU-Tisch, and an MFA in Directing from Stony Brook Southampton. Suzi trained with the SITI Company. Suzi is part of the faculty at the Stella Adler Studio of Acting where she teaches Movement and directs. Recently, she was named Director of the Stella Adler Studio’s AAPI Artist’s Initiative. Suzi also teaches Asian Theater at NYU-Tisch. Previously, she has taught theater at: The Actor’s Studio, Pace University (IPE,) Swarthmore College, The City College of New York, and Hunter College. As an actor, she has performed for artists like: Taylor Mac, Richard Foreman, Richard Schechner, Kristin Marting, and Phil Soltanoff. Suzi was a three-year member of the Williamstown Theater Festival’s “Non-Eq” company, and has toured nationally and internationally. As a theater maker, Suzi has collaboratively created fifteen original works. She was a two-time HARP Artist-in-Residence at HERE with the international women’s performance ensemble she co-founded, Ex.Pgirl (2002-10.) Also, she was an Emerging Artist Directing Fellow at the New York Theater Workshop. Suzi has won numerous grants for her original works, which mostly explore Asian American women’s identity. She was the recipient of the 2009 Innovative Theater Award for Best Director. www.suzitakahashi.com

Kristin Marting (Director)
Kristin Marting (Director) is a director of hybrid work based in NYC. She has constructed 30 works for the stage (9 original hybrid works, 7 opera-theatre and music-theatre works, 9 adaptations of novels & short stories and 5 classic plays), most recently Looking at You with Kamala Sankaram and Rob Handel. Other recent projects include Silent Voices at BAM, IDIOT with Robert Lyons; Bombay Rickey, an opera cabaret also in Prototype; Trade Practices, an immersive theatrical experience where the audience determines value. She also directed Sounding and Dead Tech (collaborative works adapted from Ibsen), both of which received prestigious MAP Fund awards. She was recently named a nytheatre.com Person of the Decade for outstanding contribution, a Leader to Watch by Art Table and honored with a BAX10 Award. As Founding Artistic Director of HERE, she cultivates artists and programs all events for two performance spaces for an annual audience of 30,000. She co-created and co-curates HARP, HERE’s Artist Residency Program. Kristin is also co-director of PROTOTYPE: opera theatre now, an annual festival of contemporary opera-theatre and music theatre works, which she co-founded with Beth Morrison and Kim Whitener.

Michaela Gomez (Composer/Performer)
Michaela Gomez (Composer/Performer) is a New York City based musician who has toured extensively with the band Hazmat Modine.  She has been featured on the albums Leave Your Sleep (Natalie Merchant,) American Music for Gypsy Souls (Bill Barrett,) and Bahamut (Hazmat Modine), as well as on the soundtrack for the Academy Award nominated documentary, Pina.  Michaela is a graduate of The School of The Art Institute of Chicago and The New York Studio School where she studied visual art. Michaela was a student of music with Michael Longo.

WITH THANKS AND APPRECIATION